You think you’re safe. Until you see a picture like that. And then you know you’ll always be a slave to the present because the present is more powerful than the past, no matter how long ago the present happened. – Fall on your Knees by Ann-Marie MacDonald 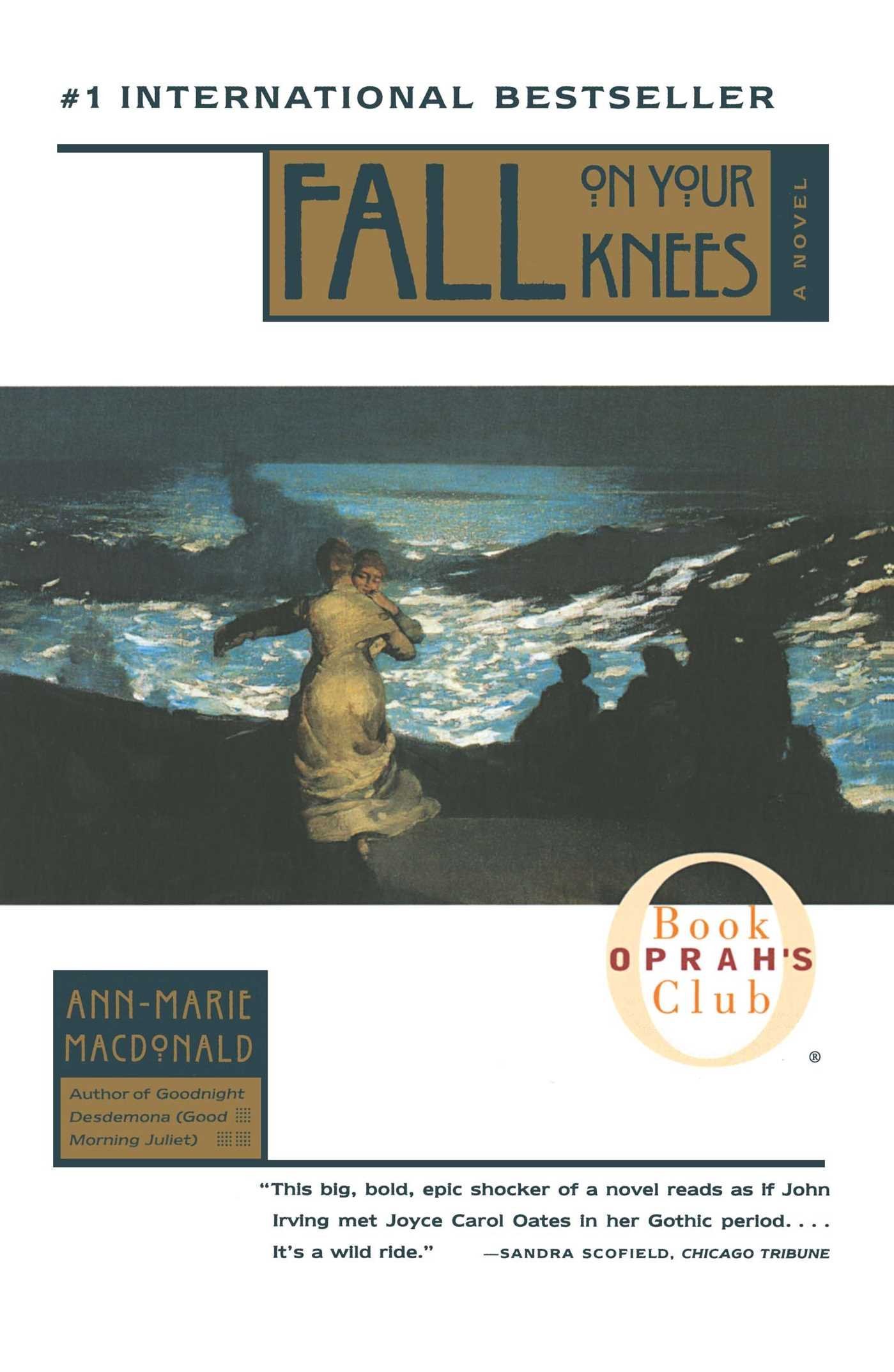 What is a good novel? I asked myself this several times while reading Fall on your Knees. Good is a completely subjective term and everyone has a different meaning or category for what is good. I don’t think the question, “Is this good?” is relevant to this particular book. A better question would be, “Is this a book worth reading?” The answer to that is wholeheartedly, “Yes!”

Fall on your Knees is a beautifully written, haunting novel about four girls growing up in the first decades of the 20th century. The girls struggle to find their way through family secrets and tragedy while looking for their place in the community and a changing world that is surviving the Great War, Influenza, the Roaring Twenties, and the  Great Depression. This wasn’t an easy read. There is a desperation to the writing, as though hope is a slippery slime that slides through the characters fingers leaving sticky remnants that have little substance but leaving a residue of pain and bitterness. The story is sparingly told with few words that make the most impact. MacDonald doesn’t tell you the emotions the characters are struggling with, she writes the events and leaves the reader contemplating the words she used.

You should read this for the experience, for learning about this family that lives on the edge of a metaphorical cliff, as barren as the actual cliff they live on. This novel will stay with me. For years, I’ll still be thinking about some of the scenes; the what-the-fuck moment when I had to put down the book and walk away and just sit there staring at the wall, thinking about how messed up this girl is going to be. You’ll know which scene I’m talking about when you get to it. I was concerned about the pacing and the abrupt shift midway through the book which felt as if MacDonald decided to change gears and switch focus from the characters she had until that point followed, but she comes back to it in the end, wraps it up nicely and gives the reader the reasons behind every action that takes place after that shift.

MacDonald needed to let the reader in on the secrets scattered throughout the story. She waits until the end to do so. It takes years for the characters to learn the truth, to reconcile with the losses, tragedies and secrets that encompassed every aspect of their lives. But once the secret comes out, the hope and bitterness is explained, even understood. MacDonald sets up the ending very well, keeping the themes of secrets, redemption, faith, and family bonds to the very last page. The ending is great, it’s a kernel of hope in an unhappy family. The ending lets the reader know that while the characters are troubled, isolated, and alone, the youngest family member still shows up, more or less, happy, and learns the truth, unveils the secrets that are woven in layers throughout the story. Hopefully, they stay that way, hopefully, the truth won’t be too great a burden to unravel their world. I’d like to think it wasn’t, that the pain and torment, the sacrifices that meant everything to this family ended with that generation of sisters and the new generation is fresh, bright and shiny, clean, redeemed.

To be honest, I’m still not sure if I liked the book. I’d recommend it; I will remember it. I give props to the author for her ability to tell a tale but I hated the characters. They were so human, so very flawed and broken in many ways. They made sense for the story and were somewhat realistically portrayed but it doesn’t change that I didn’t connect with any of them. I wasn’t rooting for any of them to succeed in their goals. The women were strong-willed and stubborn, but not role models: Kathleen was selfish and self-absorbed until she wasn’t; Mercedes let her faith dictate all aspects of her reality and, in turn, it changed her into a bitter woman, old before her time; Francis was lost, broken, confused, and conniving; and Lily was oblivious and secretive. Lily was the only one of the sisters who had a chance, and perhaps, she became someone more than her circumstances allowed but her story beyond the scope of the novel isn’t told.

The disasters that the family faced, the way their actions created consequences felt throughout the community was interesting to read but there were moments of absurdity that had me looking askance at the words on the page. The bottom line is: I’d recommend you to read it and have your own opinion, but be warned, you may not love the book, you may not even like it, but it will change you. In that respect, Fall on your Knees is worth the effort.

The following passage is an example of MacDonald’s writing style and impact. It’s a passage talking about efforts during the Great War. The family is a mix of Lebanese Catholic and Irish. The girls are the first generation to be born Canadian. MacDonald sprinkles Arabic phrases throughout the book, a reminder that the girls aren’t like everyone else in their ancestry.

Near the River Somme in summer 1916, there are several innovations: Canadians have helmets, and rifles that fire most of the time. Germans have machine guns. July 1 the British plan is this: a million shells to cut the Boche wire. Shoulder your seventy-pound pack as usual. Go over the top. Walk toward the German lines, they’ll all be dead by now. Keep walking till you hit Berlin.

In four and a half hours, fifty thousand Britons and Canadians are shot. That afternoon, the British plan is revised: do everything as before. But this time, run.

2 thoughts on “Fall on your Knees by Ann-Marie MacDonald”